These days more than ever, I'm listening to Josh Groban intensively, more than I have ever listened to any artist!

I realized I have to explain why I am becoming more and more addicted to his music everyday and it's certainly not because I'm a teenager and that I dream of him or stuff like that :D

Simply, me being Josh Groban's fan means that I totally respect this guy, and adore his music, because I feel he is changing the world with his art, because he is a unique and a REAL artist that carved the history of music; creating music that is not just different, but also classy, modern and supreme...

My first experience with Josh Groban was a few years ago when I saw him on the Oprah show singing "When you say you love me" and I was fascinated by him! So I got his album "Closer"... At that time, I used to listen to the album's songs non-stop all the time (and I still do till now, I never got bored!).

Josh's music inspires me. If I spend an hour or more listening to him, I find myself writing and writing. His voice is so magical to me, his music is heavenly and his performance is so sensational, full of feelings and indescribable!

I don't just love listening to Josh, but I also love watching him perform. He dresses so elegantly and he doesn't even move a bit with the music because his voice, facial expressions and hands show it all! He is such a unique artist; my dream is to one day attend one of his live concerts. 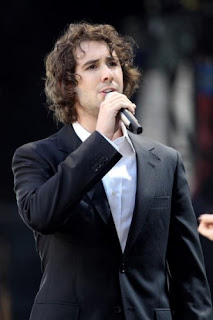 As a music fan in general, and as a poet in specific, Josh's music means a lot to me... It means "real art" and "inspiration". His type of music is not favored by everyone, because not everyone can truly taste it and realize it's so sweet!

Josh's music is a mix of opera, pop, slow, ..whatever genre.. I don't really care.. His genre is the JOSH genre; he has his own style and his own magic.

I love Josh Groban's music, I love the way he inspires me, I love his Italian, Spanish and even French songs.. I consider myself a true fan of his because I see his music in a way that I believe few people do...

Josh Groban is simply a phenom. I wish I can tell him this face-to-face one day, and tell him how many of my poems were inspired by his one-of-a-kind music. I wish he'd sing one of my poems one day...

and here's this one too "You're still you".. because its lyrics mean a lot to me..