Just as @PRullezz once told me, "the world won't get better by any way rather than us being there for each other". Humanity is more valuable than any other materialistic goal; I hope Robin Williams' death sends a message. Love the people around you and tell them you love them, you might be saving their lives that way, don’t wait till it’s too late…

Loneliness is the worst feeling we can suffer, it embodies all the helplessness, unlovingness, hopelessness and loss of goal, purpose and support.

Humanity is not something we should take for granted, but something we should be aware of and practicing every day until it becomes naturally embedded in our lives. Don’t regret the time you spend with other people, other fellow humans, if they need your time, be happy to give it to them without pity, it will never go to waste. I wish people become more aware, more caring towards each other. I think of it myself, and I don’t want to die alone, I don’t want to suffer alone either.

Take a break for a day, think of all the people you know, think of your role towards humanity, see what you can help with and how you can, and work for the better cause, by developing and showing unconditional love and tenderness. Give this unconditional love without waiting for return, no matter how cliché you think this sentence it, trust me, practicing it is enjoyable despite its difficulty.

My Passport Is Not A Curse - I'm Not A Terrorist

I can't understand why it takes more than 33 calendar days (and counting) for me to receive a Schengen visa, even when the organization I'm affiliated with has sent a Note Verbale to the foreign ministry of the country in question, and was passed to its embassy .. Needless to mention that I'm not a terrorist, have a couple of earlier Schengen visas, a UK student residency. Despite all this, European and North American countries exercise absolute dumb silly foreign policies against people like me. Citizens of such "classy" countries should know what their countries' foreign practices are like, at least those who know that Egyptians or Arabs aren't going to smash their countries into pieces once they land in it.

And for these "scared" governments, don't worry, I  will not seek asylum or try to stay illegally, I'm not even going to immigrate, if you think your countries are like a paradise for me! I can't even think what European visas will be like in a year or two after all this right-winged anti-immigrants movements and policies!

My Egyptian passport has become more of a curse to carry around the world, I've been denied visa before in 2011 for no reason from the Canadian embassy except my travel history, and I refuse be treated as a third class world citizen.

Humans have the right to travel as long as they don't have a criminal record (speaking of this, Mandela was on the US terrorist watch list until 2008 ). Shame on the world borders, visa systems, foreign policies, and shame on our own countries regimes' corruption and oppression that put us in this situation in the first place. Shame on a world where you can't exercise your basic rights of moving around it, where you have to prove that you're not a threat to the world system in order to travel. Shame on ALL OF YOU and ALL OF US..
SHAME!
Tweet
Follow @evronia
Posted by Evronia at 7:13 AM 0 comments

Slides
Notes to accompany the slides (for speaker's preparation)

My Presentation at the Chevening Leadership Conference - Durham University

As part of the Chevening 30th Anniversary Scholar Conference on "Leadership and Change in the 21st Century" held at Durham University on April 25, 2014, my presentation is titled "PowerLife Mobile Application".

PowerLife is an idea for a mobile application designed for the Information Systems course “IT and Service Innovation” at LSE by a group of 5 students. The application seeks to draw attention to energy issues that government might not publish by collecting samples and engaging citizens to be proactive in this data collection.

PowerLife helps citizens to have their say on the energy problems they face and be proactive in pushing their governments to take action. It also aims to assist relevant NGOs in their work to campaign for the ultimate solution of these issues. The platform is meant to give a voice to citizens and empower them. It also gives citizens a space to promote favourable behaviours that help save energy. We consider infrastructure to be a basic right for citizens of any country and we seek to fill the gaps that the public, private, and third sectors sometimes fail to address. The application seeks to show geographic distribution of energy outages and trends in times of day/year when electricity is most vulnerable. It will be targeted towards regions where energy issues are common and interrupt daily life.

PowerLife could fill a need in the ICT for development sphere, especially as the popularity of Ushahidi - which we will be basing the application on - continues to grow. Crowdsourcing can be used to report and view data, which is normally difficult to source or find, related to violence, sexual assault, crime, riots, displacement, traffic and, now, infrastructure. It puts citizens at the front and center of the issues their communities are facing directly. We hope that, through this visibility, local, national, and international attention can be drawn to persistent, meaningful problems and, ultimately, that solutions can be enacted.

Email ThisBlogThis!Share to TwitterShare to FacebookShare to Pinterest
Labels: Religious 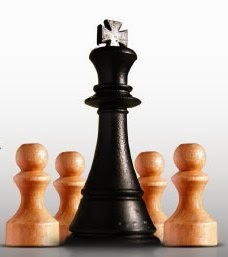