Whenever I watch a martyr film, I become inspired I almost cry.. 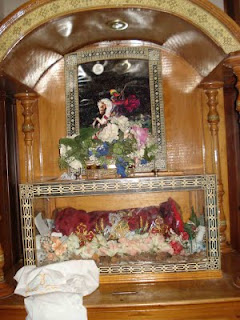 "Where they afraid when they killed them? Did they cry? Were they so brave all the time?"
These questions often strike me when I watch the martyrs’ films and read about them. Many people say they don’t fear death, but when it is real, when it is REALLY happening, and not just normal peaceful death, when it’s painful bloody merciless death..do we fear it? I know that martyrs didn’t have a doubt in their minds whether to die for God or not, but I am asking about the normal human instinct of fear..
I think they had to be really solid and extraordinarily brave, otherwise, they wouldn’t have been such a blessing to us in our lives..they wouldn’t have been able to do miracles and have such a favorable place in God's heart. 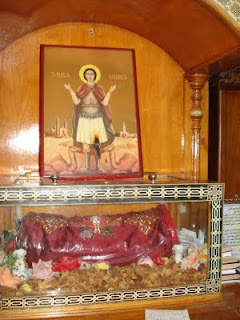 When I was young, watching martyrs' films didn’t affect me as much as it affects me now, maybe because now I value death more, and think highly of it, I used to watch the tormenting and excruciating and not cry although I was a little kid, but now, it has become very hard for me to do so. I might cry, it’s because I ask myself if I were them, would I do the same? And I find myself thinking that they are so much better than who we are, that they’re such different human beings, because they strived so hard, and fought endlessly, and I think to myself, I do wish to be like them... but things aren’t that easy! 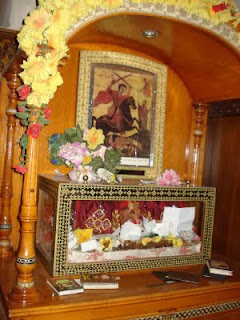 If someone comes to your church and you’re there, and they say you have to get out of it, it will be closed, or they’d kill you..Would you get out and run for your life? Or stay there? We would all say for sure that we’ll stay there .. but I am not sure it’s what will happen if this situation happens, and it can happen! Martyrdom isn’t past..it’s not over..

So my question is what kind of power they had, that we don’t, or at least some of us don’t, that made them endure this horrible excruciating. They certainly were in pain because they were humans, but were they happy amidst all this, knowing that they have achieved their ultimate purpose in life, which is Heaven? I am sure they didn’t regret it, but they must have had some sort of fear inside them..or maybe they didn’t.. this is what I am trying to know.. are we like them? Or are we of a different species? Do we have their courage? And if we don’t, why?! 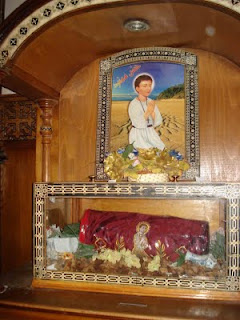 I've always tried to write about martyrs; I wondered about their power, their strength and strong personalities..about their attitudes and courage..I had a whole lot of other questions to them..

But I failed to write something good, just what you are reading now. It was never complete...! For the first time, I couldn't express what I feel and I couldn't put my feelings into words. But luckily enough, we have great poets like our beloved Pope Shenouda III. In the poem below, he said exactly what I want to say and what I feel.. It is just more than great, that is why I want to share it with you; the original poem, not the hymns' version, from his book "The Release of the Spirit". 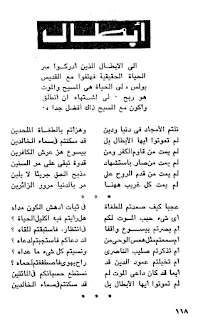 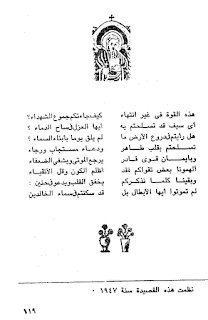