Against Gender, Religious or Any Sort of Discrimination!

Discrimination was brought up when today on Twitter we were discussing preventing girls wearing a veil from attending their AUC after grad party. All details were blogged by @Gsquare86 in this blog post. (Please notice that prevention wasn't by the university, but by a certain party organizer)
I was extremely angry about this type of discrimination because I once felt it too, and as soon as I tweeted about it and my experience, a whole storm of retweets to it and tweets that were sent to me by those who felt discrimination too one way or another. 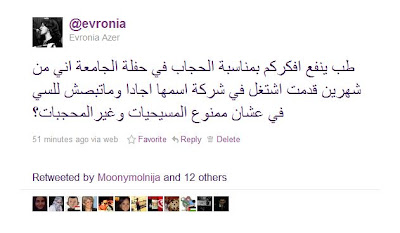 Many people suggested and liked the idea of creating a list of companies or places where discrimination is encountered, and I like this idea a lot, but it may also put us into legal trouble with these companies, however, I'll just put what was said on Twitter and everyone is accountable for his words about the companies/places s/he mentioned. 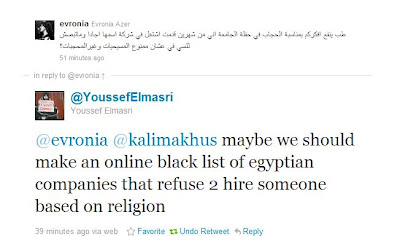 I'll let you read the following replies and tweets.. 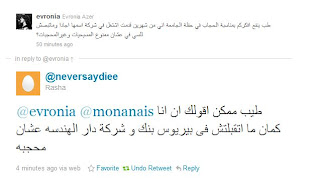 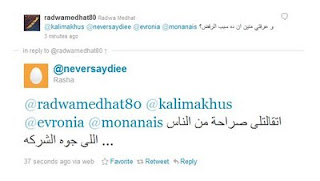 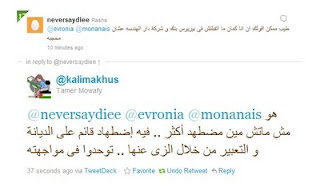 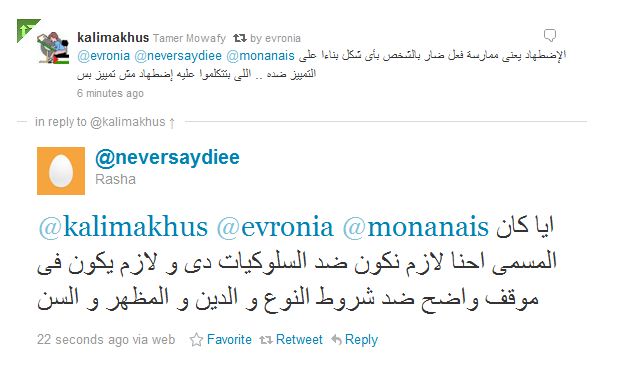 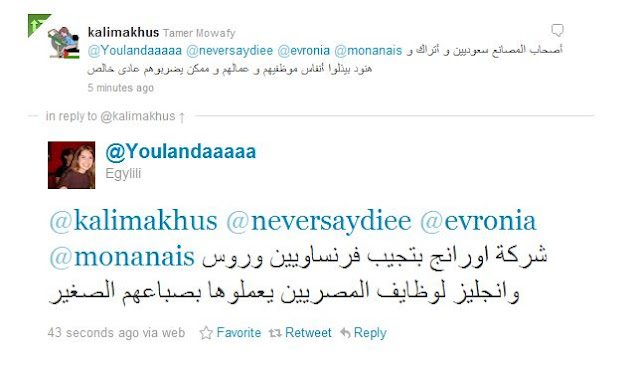 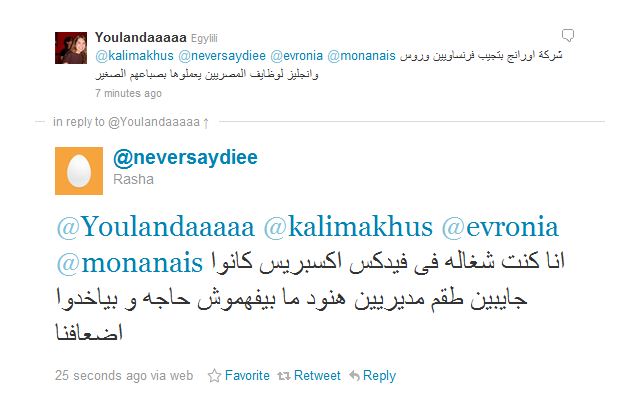 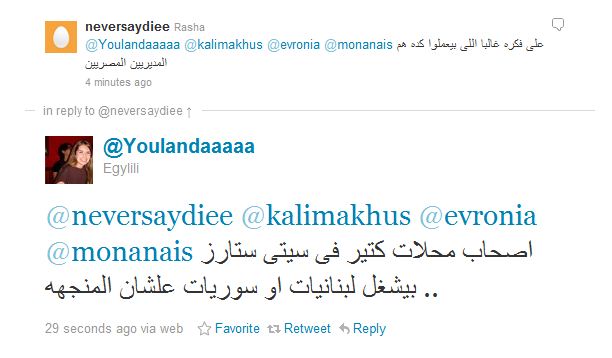 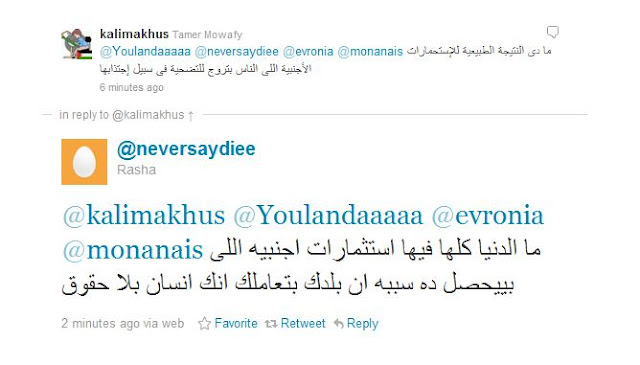 As you noticed, this is not a single case of discrimination, and it was done for all the possible reasons you may even think of: nationality, religion, gender, ...!!
I am against discrimination of all types and sources. If any company or place wants to have its own rules, then it should first abide by the human rights rules as well as the country's laws (they should exist soon to end discrimination!).
And I would give my life for a veiled girl to have her rights, even though I am not veiled, but because it is our role as citizens to fight this sort of racism, sexism and ignorance. This has nothing to do with religion, this is purely human rights and war against closed-minds.

Chapeauuuuuuuuuuuu Evronia ..
I can't tell you how this thing was annoying me.My case was the company that doesn't hire girls, actually I'm not interested at all to join such company, but I wanted to defend the other girl's right to join any company, and that no one can reject someone because of their gender or religion or age.
I know that there are laws in America ,as an example,against such discrimination.
I tried to be positive, I opened
قانون العمل
but I couldn't find something clear about discrimination in it, I wanted even to sew them based on that law, but I really couldn't know if it doesn't exist or I couldn't find it.
I thought, if there is no law about discrimination,to make a campaign on the internet against them, but I think it's not legal as you said..
I hope the people working in human rights field to insist that we have those laws if they don't exist, and if they exist, I think we need lawyers working in the field of human rights, to help anyone who see a discrimination in a place to help sewing those places ...

Thanks Amira.. I am glad there are people like you who want to defend the cause strongly. Hopefully a non-discrimination law will be passed soon in Essam Sharaf's government, and if not, i am not worried, because there are plenty of human rights defenders who would fight for this cause, including u :)