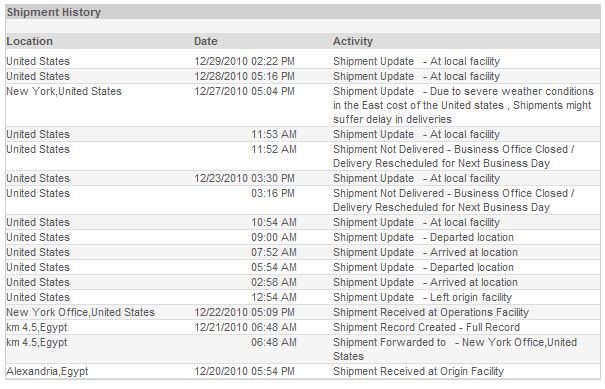 
Update: Aramex paid $50 in compensation for each delayed package and  accepted to redeem the  shipping vouchers I hadn't used.
Tweet
Follow @evronia
Posted by Evronia at 3:11 AM

Well I cannot argue with that although I work at Aramex.

Will you be so kind to mail me at nidal.rabadi[at]aramex.com and i will do my best for you.

I hope I'm not asking for too much. Awaiting your kind reply.

what you should do is switch to DHL i used to use Aramex's service but DHL is cheaper because you can do consolidation and they keep their time tabel and it's very professional, try calling the call center and see how professional they are.